From The Players Eye’s 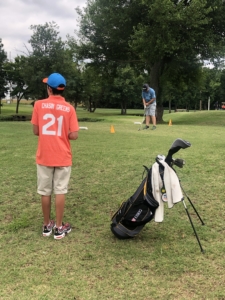 What Is PGA Junior League?

Registration our team typically takes place between January through April. The regular season of PGA Jr. League occurs between March 1 and July 31.

For those players that advance to the PGA Jr. League Postseason presented by National Car Rental, those events begin in August. With the addition of the Fall Rec Season, matches may also occur from August 1 – December 31.

A league is made up of local teams within your geographic area, minimizing the distance and amount of time spent commuting between games.

A league will typically have between four to seven teams and may consist of teams from just one facility or teams from a collection of facilities.

During the course of the regular season, your team will play a game against each team in your league.

For those players that advance to the PGA Jr. League Postseason presented by National Car Rental, those events begin in August. With the addition of the Fall Rec Season, matches may also occur from August 1 – December 31.

A game is played between two teams. Depending on who the home team is, in addition to course scheduling and availability, will determine where the game is played.

During the course of a game, four matches are played by at least two players from each team against each other.

The winner of the game is determined by the total number of points won within all matches.

Friends, family and spectators are encouraged to attend and watch – but not participate or aide – each game!

A scramble is a popular format that encourages teamwork and problem solving. Its nurturing nature creates a fun environment where the negative effect of performance errors is minimized.

Each player will tee off at the beginning of each hole. The team then selects their best shot of the two and then each player plays again from the spot of the selected shot. Repeat this process until the ball is in the hole.

The team with the lowest score wins the hole.

Flags are 3-hole segments of each match. Since each match is played over the course of 9 holes, there are three flags per match.

Whichever team wins the most holes within each flag (i.e. 3 holes-to-0 or 2 holes-to-1 hole), wins the corresponding flag.

Your PGA Jr. League team will be Captained by Amber Hensley Duke!

I am excited to create an inviting and welcoming environment for all to enjoy the game of golf. I will provide critical instruction during scheduled practices to help our young participants advance both their golf skill and character development – on and off course.